Concerned at return of the accused in Model Town case to power: PAT

Concerned at return of the accused in Model Town case to power: PAT 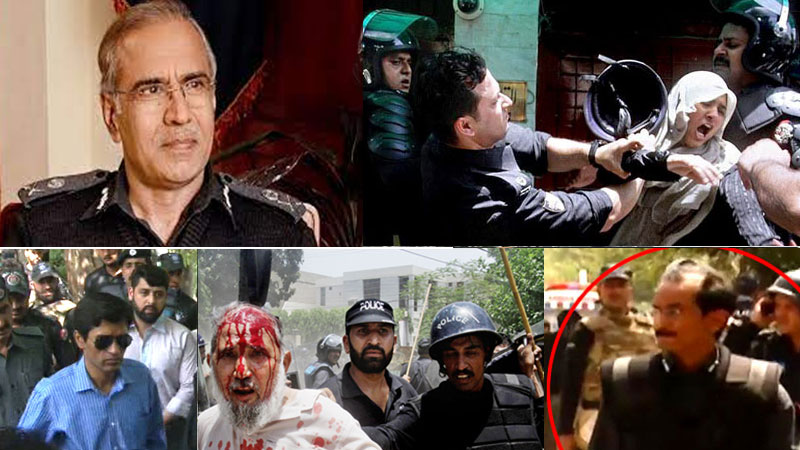 PAT Secretary General Khurram Nawaz Gandapur has said that dispensation of justice for the oppressed of Model Town tragedy and punishment to the killers is the responsibility of the judiciary. He said it is a matter of great concern that those involved in the tragedy have come to power. He said if the masterminds, and handlers evade justice, the weaker segments of society will lose their trust in the system of justice. He said that we have filed an appeal against the acquittal of Capt (r ) Usman.

Khurram Nawaz Gandapur made these remarks while talking to the lawyer-leaders of Awami Lawyers Movement. Naeem-ud-Din Chaudhry Advocate and Jawwad Hamid, complainant in the Model Town case, were present on the occasion.

PAT Secretary General said that the then IG Punjab Mushtaq Sukhera was brought from Balochistan to Lahore to preside over Model Town massacre. Rana Abdul Jabbar oversaw the bloody operation and gave direction to the police. He said that bullets were rained on women, the elderly and the youth indiscriminately. He said that we have presented irrefutable evidence about the involvement of Mushtaq Sukhera in the court of law, adding that it is due to this evidence that the anti-terrorism court Lahore summoned Sukhera and Rana Abdul Jabbar as accused.

Khurram Nawaz Gandapur further said that the accused police officers got promotion during the previous government of Imran Khan and they are getting favorite postings and promotions even now. He said that the institution of police and civil administration has been destroyed as a result of the culture of rewarding the officials who do their masters' bidding.