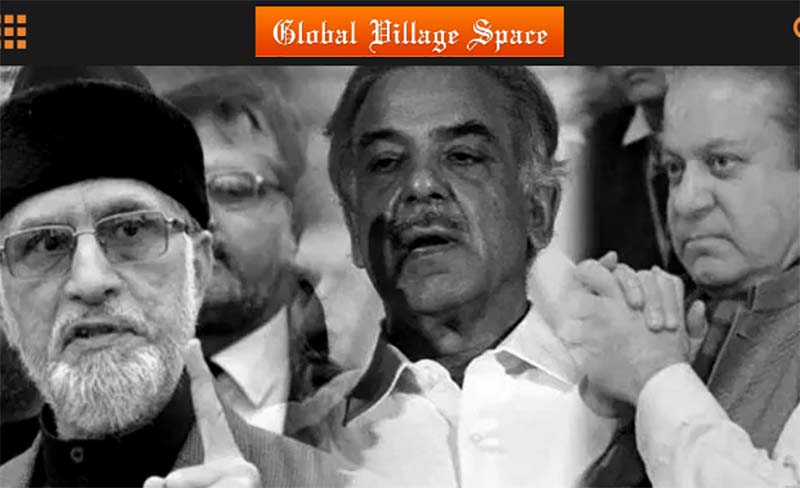 The incident that happened 5 years ago has a lot to explain about the fallouts of the rotten system we are sailing in and is founded on the principle of “Might is Right”. Model Town incident explains and exposes the real face of the system on many levels as to how the system is mechanized to save the mafias who protect the system.

The illegal operation to remove the legally placed barricades outside the premises of Minhaj ul Quran secretariat and the residence of Dr. Tahir ul Qadri was just a pretext to clearly deter and crush the movement that was budding against the then government of PMLN. Mushtaq Sukhera was appointed IG Punjab on the day of operation and a heavy contingent was summoned to mere remove the barricades. The point that is to be noted is not only the brutality of the police led operation but a powerless system that was held captive in the hands of powerful mafias. The entire arrangement that was being done was executed through the channels of the system.

Pakistan reinvigorates the bloodbath and miseries of the victims. But an important aspect attached to the delay in delivering justice is role of this mechanized system which halted an impartial investigation of the case to this date.

After the incident, Pakistan Awami Tehreek (PAT) led a legal and political struggle against the government. On the political front, they staged a month’s long sit-in in the country’s capital. The prime demand was the removal of then Prime Minister Nawaz Shareef so that an impartial investigation on Model Town incident is made sure. But we have seen that even the intervention of the most powerful Chief of Army Staff General Raheel Shareef couldn’t stand against the mighty system.

On legal front, a series of attempts were made on part of PAT led by Dr. Tahir ul Qadri to ensure speedy trial of the killers. They tried higher courts, Supreme Court and even resorted to Anti Terrorism Court through privately filed Istighasa case.

When all the delaying tactics had failed pathetically government released the first inquiry tribunal report on 5th of December 2018 after three years, five months and eighteen days since the bloodbath in Model Town occurred in 2014. Even the then Chief Justice Saqib Nisar took notice of the delay and ensured the victim families that justice will be served in a couple of weeks.

But again he completed his tenure without fulfilling his promise because even he wasn’t tall enough to challenge the monstrous system. The “architects of this system” have designed it in such a way that they can use every tool that was meant to protect the rights of people, against them whenever it will attempt to challenge their reign of terror.

Delving into the Najfi’s report one can understand the timid intricacies and technical traps that the system has designed to protect the mighty mafias. Najfi report clearly excogitates that there were limitations to the tribunal working as they had the authority to ascertain the facts and circumstances and not to fix the responsibility.

When we see the things in the political domain, a cloud of disappointment still hangs high above. Before elections, 2018 PTI has been at vanguards and spearheads in demanding justice for the victims of Model Town Massacre. PTI not only sympathized with the victims but had ensured their support to take the killers to their ultimate end. But soon after assuming the authority in the mechanized system, PTI government is trying their best to avert their eyes off this case which further substantiates the fact under this current system that no possibility exists to hold the killers accountable.

On one hand that dark day in the history of Pakistan reinvigorates the bloodbath and miseries of the victims. But an important aspect attached to the delay in delivering justice is the role of this mechanized system which has been the sole reason which halted an impartial investigation of the case to this date. Despite the intervention by former COAS General Raheel Shareef, Notice taken by former CJP Justice Saqib Nisar and the fair intentions of the present government, the killers are not only protected but have showcased the helplessness of all the institutions before this system.

It is extremely disappointing that under PTI’s government not only the justice is delayed but 107 PAT workers who protested in pursuit of seeking justice have been imprisoned. Moreover, the only JIT which recorded the statements from Shehbaz Shareef and Nawaz Shareef has been terminated.

This is not an ill-will of the government neither is it to be confused with the traditional delaying process of our justice system. However, this an alarming situation to ponder on that the monstrous system has grown so strong that the hope of getting justice seems nearly bleak.

No matter what future awaits this case’s proceedings but for those who have their conscience conscious can clearly see that the blood of the unarmed workers didn’t go in vain but has sharply and aptly unveiled the deception and trickery with which the system entraps the weak. The entire political struggle of Dr. Tahir ul Qadri has been founded on the idea of reforming the system and with an untiring and a dedicated struggle on part of PAT he has achieved an appreciable target to expose the system to its core. Therefore, before it gets too late this is the right time when we can realize the inevitability of reforming the system in a way that it doesn’t allow the exploitation of those who are weak in the hands of the elitist mafia.

Jaweria Waheed is a graduate in International Relations from Kinnaird College. She is a member of the Editorial Board for the magazine ‘Voice of Students’ and has been a blogger with media organizations ARY News & Dunya News, Pakistan. The views expressed in this article are the author’s own and do not necessarily reflect Global Village Space’s editorial policy.
Share this Story